THE PAST AND PRESENT 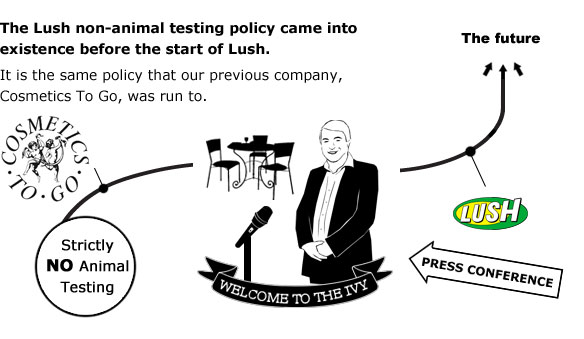 It seemed that simple to us – and the policy needed to reflect these simple, clear demands.

The founders of Lush, many of the long term core team and masses of our staff and customers all feel strongly about animal testing.

At the heart of Lush are people who have spent their whole lives, both working and spare time, fighting to bring an end to animal cruelty. It is our deep and truly held belief that animals should not suffer for the sake of cosmetics and toiletries.

Which is why we also only use vegetarian ingredients in our products. The majority being vegan also.

When other cosmetics companies were telling customers that they only test on animals because it is required by law, Lush felt that the best thing to do was to quietly set a different example. 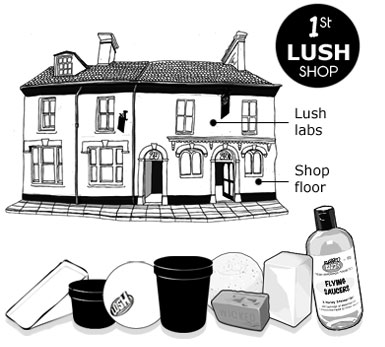 From opening our first little shop in Poole, Dorset in 1995, to having more than 800 shops in 49 countries today, we have stuck to our Lush Policy.

Showing that it is possible to invent, manufacture and bring to market an entire range of products, meeting all the legal safety requirements, without ever having to test on animals along the way.

There are a few countries where Lush cannot open shops, because those countries mandate animal testing – but other than those few, Lush has grown around the world and shown what can be done within the current legal framework.

There is no excuse for other companies to animal test if we have not needed to!

Our product range is based on a combination of natural ingredients, essential oils and a small palette of synthetics which have a long history of safe use.

There are some ingredients that Lush is unable to use, because of their animal testing involvement and there are many ingredients companies that we cannot buy from,

due to their animal testing involvement. But this has not stopped our growth, or our ability to supply a wide range of products and prove their safety without the use of animals. 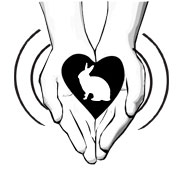 We believe firmly that the Lush Non-Animal Testing Policy has been a beacon, showing what a committed company can do if their heart is in the right place.

It would be far better for animals though, if they were properly protected by the law, rather than companies inventing their own voluntary codes of practice. We think animals deserve proper protection which forces the worst of companies towards kinder behaviour.